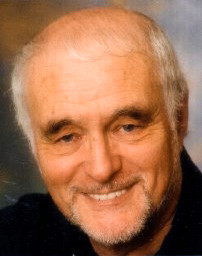 The novels of Richard Rees involve tales of suspense, adventure and excitement, with plots that twist and turn in the most unexpected directions. His life is no less fascinating. He is a remarkable man who has emerged from extreme adversity with courage and resilience, whilst underplaying his many triumphs with quiet modesty and a sense of humour. His captivating life story tells of many professional opportunities and personal challenges, which he’s met head-on with ingenuity, dedication and steadfast perseverance.

Richard was born in a village near Wrexham in North Wales, where he spoke only Welsh until he went to school at the age of five. An English Grammar school of the old establishment kind followed, fostering pupil advancement with a no-nonsense but constructive approach that proved formative. But his plans to further his education and develop his creativity, reading English at University, were thwarted by his father who advocated that his son should join him in the family accountancy practice. Torn by dilemma, Richard rebelled by joining the Royal Welch Fusiliers where he saw active service, witnessing at first-hand some of the horrors of warfare in the jungles of the Far East, including the death of his best friend who was shot and killed just yards away from him.

A duodenal ulcer forced an end to his army career, but on his return to the UK at the age of twenty, he re-met his childhood sweetheart, Richenda. They married at twenty-two, and at twenty-five, realizing he needed more career stability, Richard qualified as an Accountant and joined his father’s practice. It was also during this time that their two children Huw and Elisabeth were born. After his father’s retirement he sold the practice and moved to Gower in South Wales, working from home as a business consultant and was finally able to start to fulfil his creative ambitions, firstly by writing short stories which were printed in magazines and newspapers, mainly The London Evening News, and then with the publication of his first novel, a political historical thriller, The Illuminati Conspiracy, completed after the family had moved back to North Wales, to live in the seaside town of Llandudno, at the foot of the Snowdonia National Park.

It was here that Richard’s imaginative powers and resourcefulness also took him in a different direction, and he invented an electricity-free dishwasher. Fact then became stranger than fiction, reality rivalling the plot of any of Richard’s stories, when a South African con-man became involved in the enterprise and sold the prototype machine to Mafia figures in LA for a fortune. Richard flew there to confront them but his life was threatened. Bruised by financial loss but undefeated, he started researching his next novel, The Shadow of the Mary Celeste, but this was put to one side when Richenda was tragically found to have ovarian cancer. Richard nursed her for four months and she died in his arms.

Later, despite his grief, he managed to complete The Shadow (note: now retitled The Reikel Conspiracy) but there was no celebration of its publication when, heart-breakingly, his only daughter Elisabeth was also diagnosed, while pregnant, to have ovarian cancer. To enable his son-law to continue his career, Richard cared for Elisabeth and his baby granddaughter, Georgina, for two years. After the devastation of Elisabeth’s death, he struggled to return to his writing, and as catharsis wrote a semi-autobiographical work Dear Abigail – a moving personal account.

During this time, he also wrote Twice Upon A Thanksgiving, a novel based on an idea given to him by Elisabeth a month before she died and written in her memory, and a screenplay, Diabolus In Musica, about the virtuoso violinist and composer Niccolo Paganini, but negotiations with a Hollywood producer fell through when a famous director announced he was in production with his film: Paganini, The Devil’s Violinist. That film flopped and so put an end to any hopes of Diabolus In Musica making it as a film, and Richard is now contemplating it as a 2-part TV Drama, or adapting the script as a novel. This experience also influenced him to adapt three other screenplays into novels, the first being his recently completed “psycho”-thriller, Somebody Wants to Kill Me, to be followed by The Third Awakening – a novel in a similar genre, currently halfway through its first draft – with the third, Deadly Redemption, to follow.

Richard Rees is a man who has lived life to the full and achieved much but he has retained the quality of humility and acted with kindness and empathy along the way. On his exciting but sometimes rocky path he has experienced some of the toughest knocks imaginable, but has refused to let circumstances push him down and has survived with his integrity intact and an indefatigable strength of spirit. He has been bold enough to make the journey on his own terms, often going against the grain, but his compassion and his belief in the positive remain undaunted. He is a truly remarkable man. 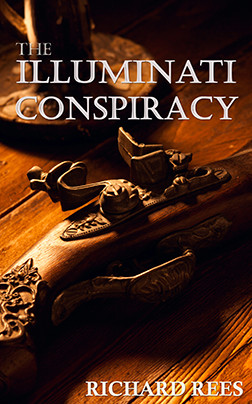 The formula is right. Plenty of suspense, action, historical detail, and a love interest to boot. This is big screen stuff. No mega-name of the period has been left undropped. A good yarn, a good read 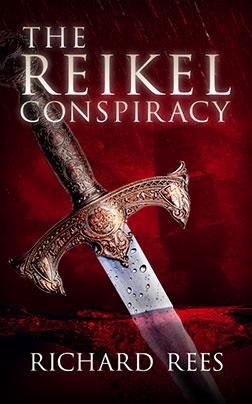 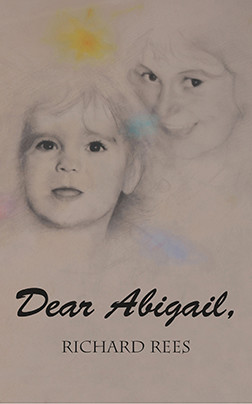 Sitting in his study, alone with his thoughts, a man starts to write a letter to his little granddaughter. Why? Because he wants her to understand, when she gets older, who her mother was, and how much she sacrificed.

The research must have taken many painstaking hours, and the author has managed to recreate the atmosphere of those turbulent times to brilliant effect