Iva Ballocks closed and locked both her travel cases, rechecked her passport before placing it in her flight-bag, and revelled in her new name. Gloria Valentine. Changed by deed poll after watching a Shirley Valentine DVD she bought from a local charity shop, enthralled by the story of a young woman whose married life mirrored her own. Taken for granted. Ignored. Bored. No glimmer of hope for better on the horizon. Well now there was … Two blissful weeks on her own on the Greek island of Mykonos, just like Shirley Valentine, which was why she chose the same destination, same surname. Gloria was from Gloria Estafan, after hearing her ...Read more

Within minutes of the alarm hooter blaring, the open space in front of Gloddu colliery offices was packed with shocked people, most of them women, grim, silent, anxiously watching men with rescue helmets and stretchers running towards the pit-head. In charge was Mr Prothero, who was also conductor of the colliery choir. When he saw Blodwen Evans he bustled over to her. “Now don’t you worry now, Blodwen,” said Mr Prothero. “It will be all right. A fall of coal there has been and your Gwilym trapped with five others. Bad luck it is. Gwilym and four of them in the choir.” Taking hold of Blodwen’s elbow, he led her ...Read more

It was early evening. The military junta now ruling Britain had just flashed the news on their hourly radio bulletin that the last anarchic group terrorizing the country had been rounded up and executed by one of its militia units. Law and order was restored. The 6.00.pm curfew was extended to 9.00.pm. And Bonnie Finch was walking hand in hand with her husband, Tod, down to their own Cornish cove. Except it wasn’t a long walk anymore. Only as far as the new cliffs at the bottom of their orchard. Cliffs that weren’t there 20 years ago when it was such a lovely amble over their secluded lands to reach ...Read more

Henry Fortescue Widgetson fell in love with her the very first instant he saw her as a bridesmaid following the bride into the wedding-room in the country house hotel. She was not only beautiful and blond, but in her face was a sweetness that told Henry she had his same views on purity before marriage, installed in him by his strict Christian mother and, had she and his father not died in a tragic car accident but three years ago, he knew she would have instantly approved of her. The occasion was the hurried nuptials of his best friend, Robin, who’d bought a veterinary practice back home in Scotland only ...Read more

‘Father,’ my little son begged as I tucked him under the duvet, ‘would you look under my bed for monsters.” Humouring him, I did, and saw him there trembling. ‘Daddy,’ he whispered, “Something’s in my bed.” Then the one above bit off my hand and started on the rest of me.

FINALLY, this is a poem written by my son that I’m particularly proud of, showing a sensitivity of feeling far beyond his then 12 years. At that time, he attended a boy’s private school in Ellesmere, Salop, which, because it was but some 10 miles over the Welsh-English border from our home in Gresford, outside Wrexham, he was allowed to attend as a day pupil, By the end of his first week, and despite his permanent innocent look and tousled hair, his house-master, Mr. Skipper, became convinced he was the ringleader of a sudden spate of subversive pupil rebellion that had arisen in his form. So convinced was he that ...Read more 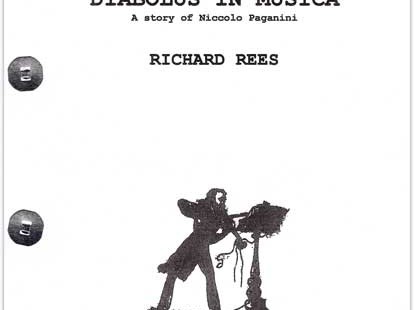 Diabolus in Musica, A Story of Niccolo Paganini

I’m publishing DIABOLUS IN MUSICA, A STORY OF NICCOLO PAGANINI, in screenplay format rather than as a novel. Why? There are many answers to this. The first – Why Paganini? – resulted from when, at the age 17, I drove my favourite Uncle Fred to hear Yehudi Menuhin, the finest violinist of the 20th century, give a Sunday evening recital at the International Music Festival at Llangollen, North Wales. Menuhin was brilliant, as always, that night, we were both enthralled, but later, driving back home, when I told Fred how gripped I’d been, he agreed, only to add, “But how I wish I could have heard Paganini play.” Never having heard ...Read more 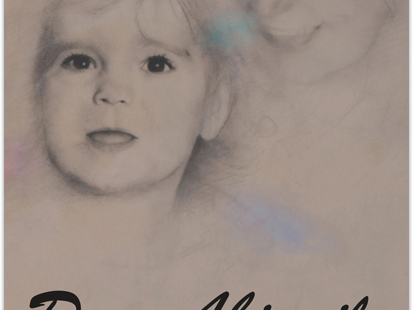 I’m back at my desk drafting my second blog. Despite the panoramic views from my window – to my left the mountains of Snowdonia, then down the River Conwy past the historic Conwy Castle to the river’s estuary and across the wide bay to Puffin Island and the Isle of Anglesey beyond – I’m not finding it any easier than my first blog, writing to readers I don’t personally know. Speaking of which, I would like it if more of you would write back to me through my email address on this site, for me to know my blogs are still being read, or equally, one or more of my ...Read more

This is my very first “blog”. Before I started writing it, I didn’t even know what “blog” meant, there’s no mention of it in my 10th edition, Concise Oxford Dictionary. Then I guessed it was a computer word. Trouble is, I’m computer stupid. And everything to do with Kindling my books has had to be done for me. The consolation is that all the people involved with it are great. Mark, an old (not in years) friend, who as well as being a writer himself, takes time to check and edit my work. Tim, who first coded my lap-top written books into Kindle format. Dean, who’s recently re-Kindled them because ...Read more